Sign up for our catalog. Receive our latest news.

During the 19th century, some models of evaporators were used to produce maple syrup without being very effective. It was not until 1882, in Ohio, United States, that Gustave Henry Grimm developed a more suitable evaporator. This offers a larger evaporation surface and thus an optimal yield. The business was profitable for Grimm, who founded G.H. Grimm Manufacturing. He also sold various other products and equipment for maple syrup production. (Read full article)

A few years later, Grimm's cousins settled in Quebec in order to develop the flourishing maple syrup market. They settled in Montreal under the name of Grimm Co. and made maple syrup equipment in a small factory on McGill Street. Their business operated on McGill Street for over fifty years, and then their successors moved the family business to a new building established on Lachine Road.

At the same time, in the city of Waterloo, Mr. Lebrun and Lussier also manufactured evaporators. Around 1940, Mr. Lebrun decided to start his own business and settled in Montreal on De Lorimier Street, next to the Jacques-Cartier Bridge, under the brand name Dominion Evaporator.

In 1952, Mr. Lebrun, owner of Dominion Evaporator bought Grimm Co.’s  name and inventory in order to expand its business and offer customers a diverse range of products. The company was incorporated in 1953 and became DOMINION & GRIMM Inc.

Ten years later, Dominion & Grimm changed owners when Mr. Boileau purchased the company. In July 1966, the company moved to its current offices and factory on Marconi Street, in the industrial park of Ville d'Anjou.

The company prospered, and when Mr. Boileau died in 1984, his daughter Johanne Boileau as well as Marcel Pepin (who managed the business since the acquisition in 1962) bought Dominion & Grimm. The Pepin Family is now the sole owner of the company. 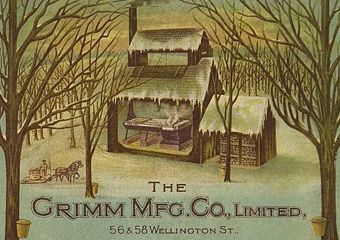 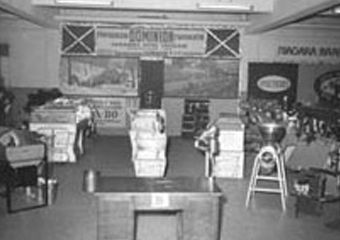 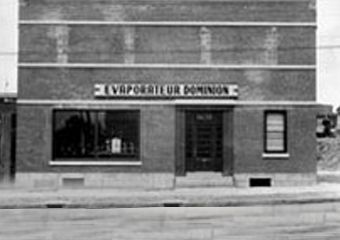 Besides offering everything that is necessary to produce maple syrup, Dominion & Grimm also offers a wide and complete variety of glass, plastic, and metal containers. We import our impressive selection of glass bottles and jars from various foreign countries.

Dominion & Grimm Inc. is now also involved in environment protection. This environmental concern relates to the manufacture of machinery capable of reducing greenhouse gases. Therefore we can now offer to the market the installation of bio-gaz systems. (For more details on this subject, please consult our "Environment" section) 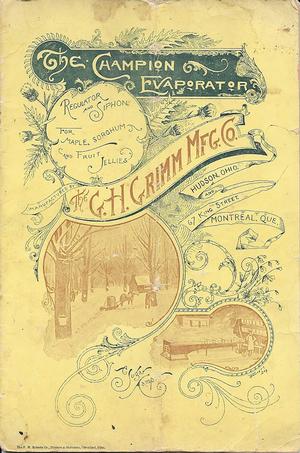 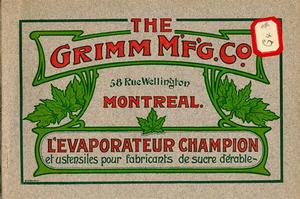 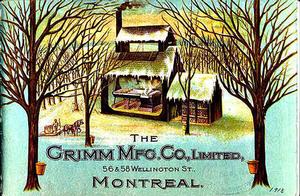 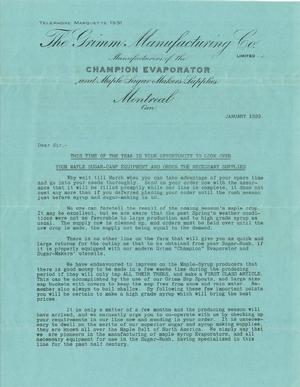 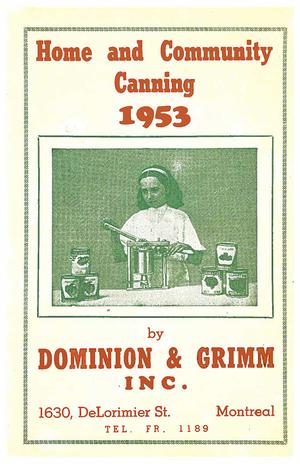 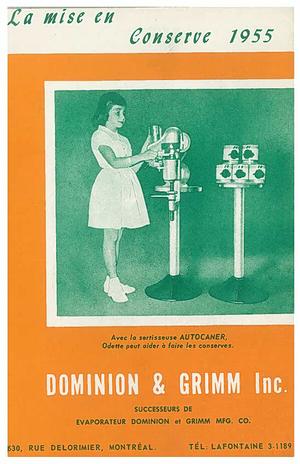 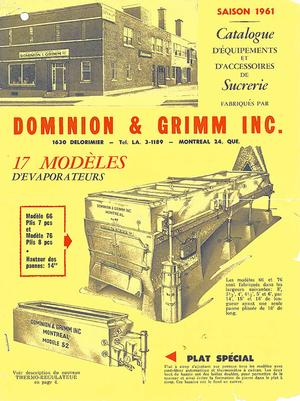 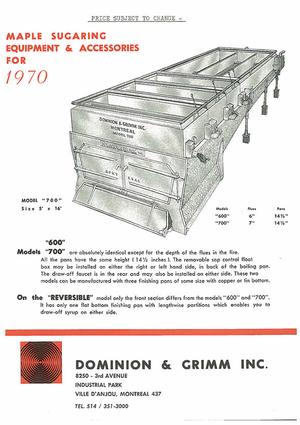 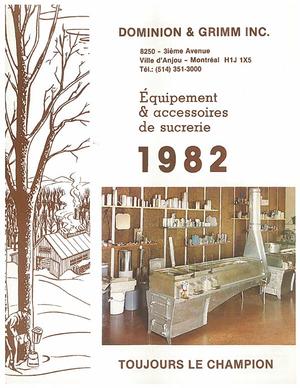 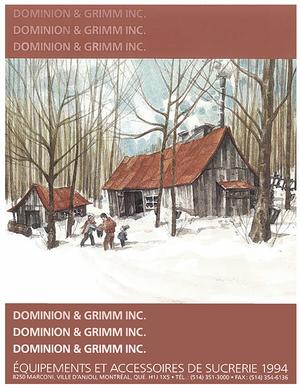 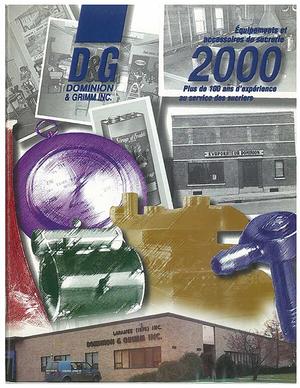